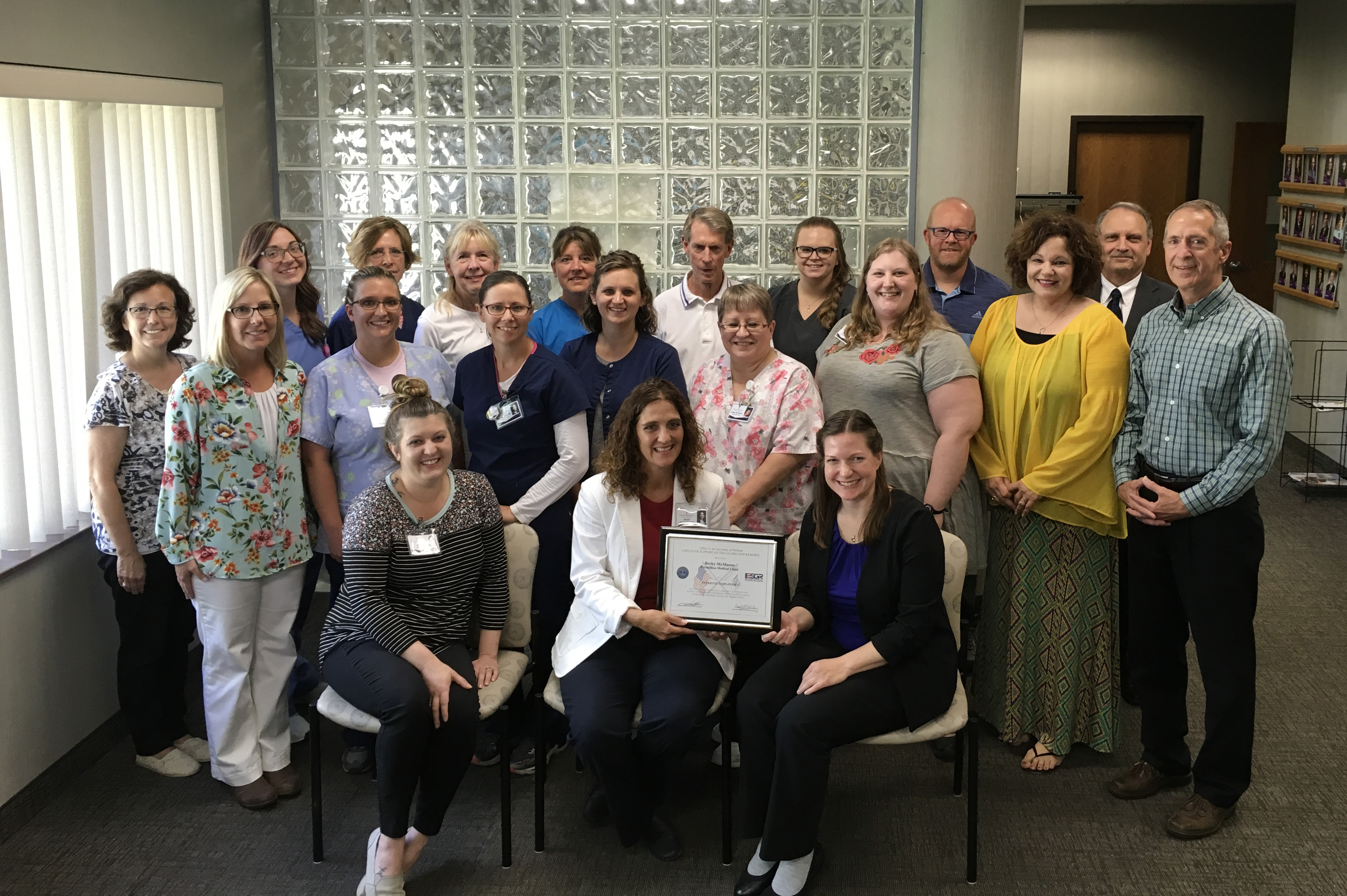 South Dakota Employer Support of the Guard and Reserve (ESGR), a Department of Defense program, announced Becky McManus, director of operations at Vermillion Medical Clinic was honored with a Patriot Award in recognition of extraordinary support of clinic physician Catherine Mitchel, M.D.

The Patriot Award, created by ESGR, publicly recognizes individuals who provide outstanding patriotic support and cooperation to their employees, who, like the citizen warriors before them, have answered their nation’s call to serve.

McManus was nominated for being highly supportive of Mitchel, who serves in the South Dakota National Guard medical command unit.  Mitchel said she nominated McManus for the award to thank her for her support, including flexible schedules, time off for inspections and training time. Mitchel expressed, “I was amazed at the outpouring of support from the administration, fellow physicians, nurses and staff at Vermillion Medical Clinic and Yankton Medical Clinic, (our parent company).” Mitchel’s deployment was delayed several times and the orders to mobilize were expected to arrive “any day”.  In her nomination Mitchel also thanks her patients, “Our patients were also incredibly understanding and supportive of appointment changes during this time.”

ESGR seeks to foster a culture in which all employers support and value the employment and military service of members of the National Guard and Reserve in the United States.