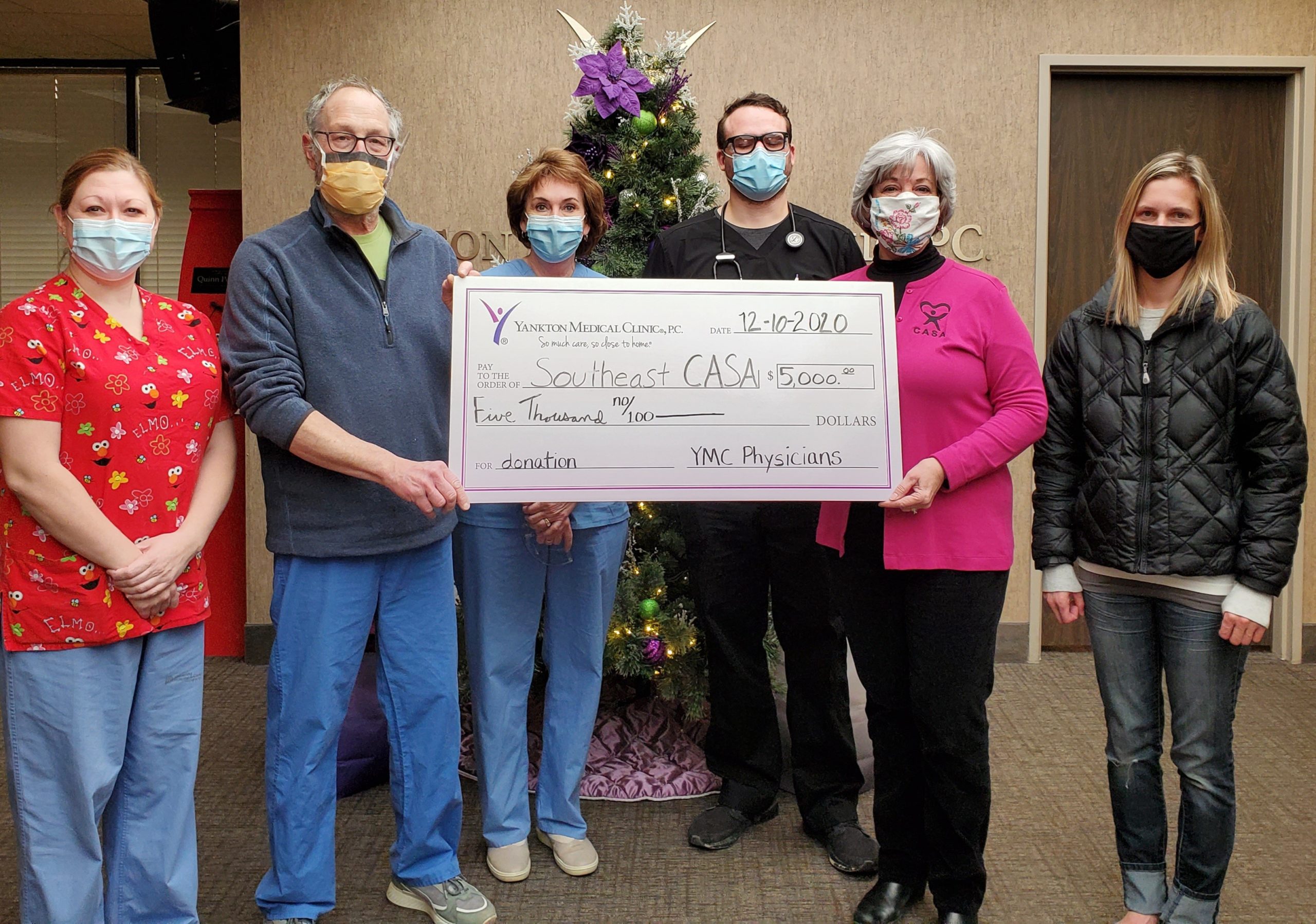 For the past nine years, children and youth in southeast South Dakota have had a voice in court thanks to a program called Southeast CASA, Court Appointed Special Advocates. Southeast CASA currently serves Bon Homme, Clay, Turner, Union and Yankton counties.  Yankton Medical Clinic, P.C. supports the services and training offered by CASA and has made a donation of $5,000.

CASA volunteers are trained, screened and sworn in by the court, there are 29 trained volunteers at this time.  The role of the volunteer is to be the eyes and ears of the court so abused or neglected children can be safe, establish permanence and can thrive. Executive director, Sherri Rodgers-Conti said “We have always had enough volunteers to assign a case, no one has ever been on a waitlist. Cases last an average of 11 months and we’ve maintained enough volunteers to serve 100% of the kids in need and we’re really proud of that.” The donation made by Yankton Medical Clinic, P.C. will help train volunteers and support the services offered by CASA and those that need them.

Southeast CASA began in Yankton County in 2011, Clay County was added in 2015, Bon Homme County joined in 2016, Union County was added in 2018 and finally, Turner County was added to the service area in 2020. Rodgers-Conti explains, “we’ve grown a lot in nine years, and we are really proud that so many kids have a voice in court.” In 2020 Southeast CASA added a Diaper Depot referral service with partnering agencies. Rodgers-Conti continued, “Because of the communities we serve and our volunteers, we have been able to do that [add Diaper Depot]”.

The pandemic has added a lot of stress to families and that can lead to stress in kids. With five counties and expected increased cases comes the need for additional support and volunteers to meet the growing need of the program. Anyone interested in becoming a CASA volunteer or learning more about CASA should call 605-760-4825.

Court Appointed Special Advocates are trained, qualified adults who advocate in court for abused and neglected children. The CASA volunteer will have a court order appointing them as the advocate for the children in a specific abuse and neglect case.