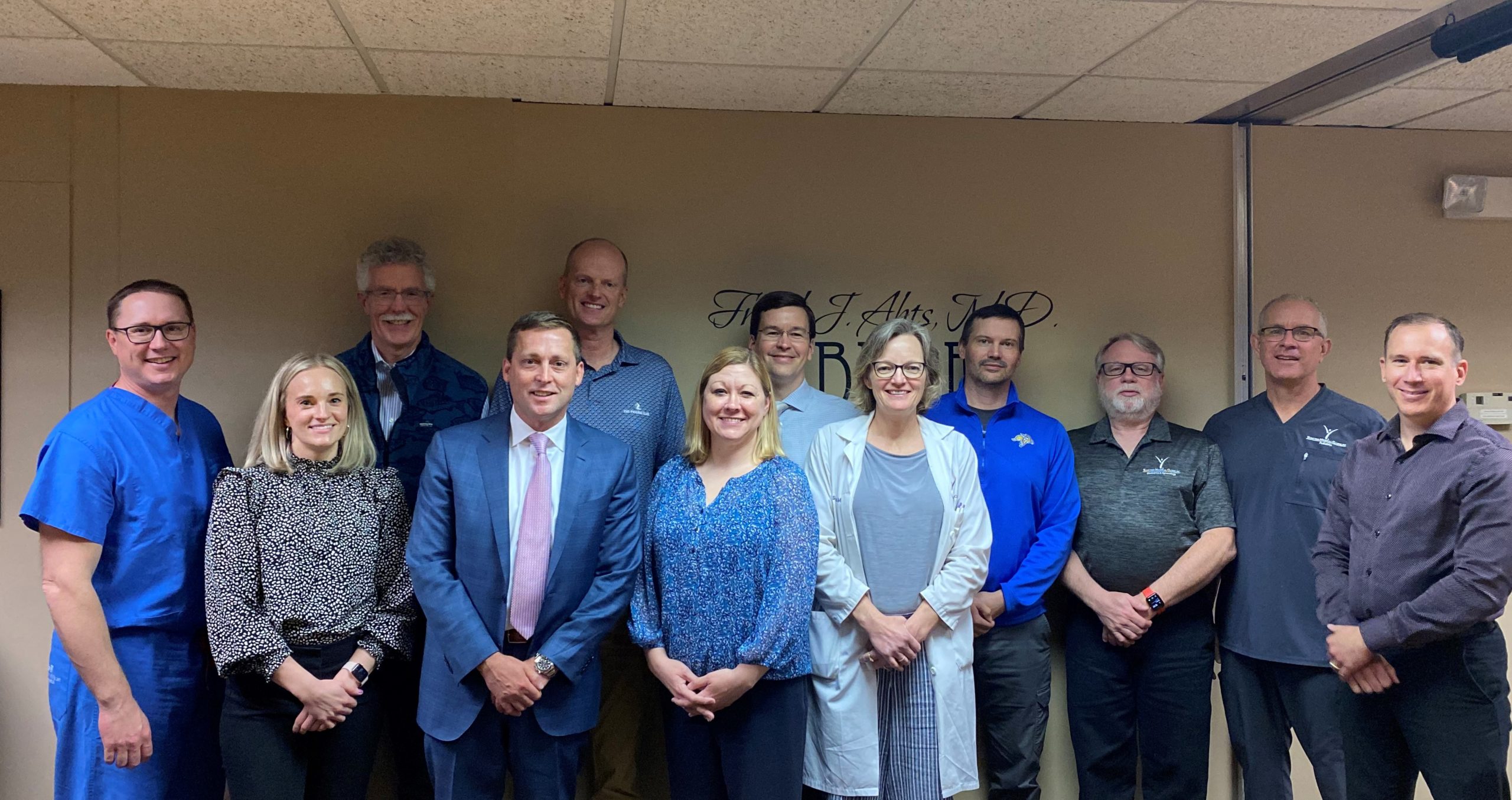 Yankton native, Dr. Bret Mettler, returned to his roots on Friday, May 6 prior to speaking at the University of South Dakota Sanford School of Medicine Commencement ceremony. Mettler was the guest of honor at Yankton Medical Clinic and reconnected with physicians who held a role in his medical education.

A graduate of Yankton High School, Bret Mettler loved science and was an athlete. He ran long distances and contributed to a cross country team championship. “I’m proud of where I grew up and where I went to college and medical school. Those experiences created strengths in me that continue to benefit me in my work and my life.”

In 2010 and for the next 10 years, Mettler directed pediatric cardiac transplantation at Vanderbilt University Medical Center in Nashville, Tennessee. “Sixty percent of my patients were less than one year old,” Mettler explained. He and his team replaced defective hearts in patients from infancy to 18 years old. Pediatric cardiology surgery is a young and selectively small field. “There are only about 120 of us in the entire country,” Mettler stated.

Mettler is now the director of pediatric cardiac surgery, co-director of the Blalock-Taussig-Thomas Pediatric and Congenital Heart Center as well as an associate professor of surgery at Johns Hopkins Children’s Center in Baltimore, Maryland. Today Mettler runs long distance of a different type, most operations he performs take anywhere from 8 to 20 hours. In addition to patient care, Dr. Mettler is active in research to prevent congenital heart disease and developing better heart monitoring systems. Mettler explained, “There are world-class experts at Hopkins in just about everything related to medicine.”